We're pleased today to reveal the cover of our upcoming Character Book. The artwork on the cover and throughout the book is from illustrator Grim Wilkins. 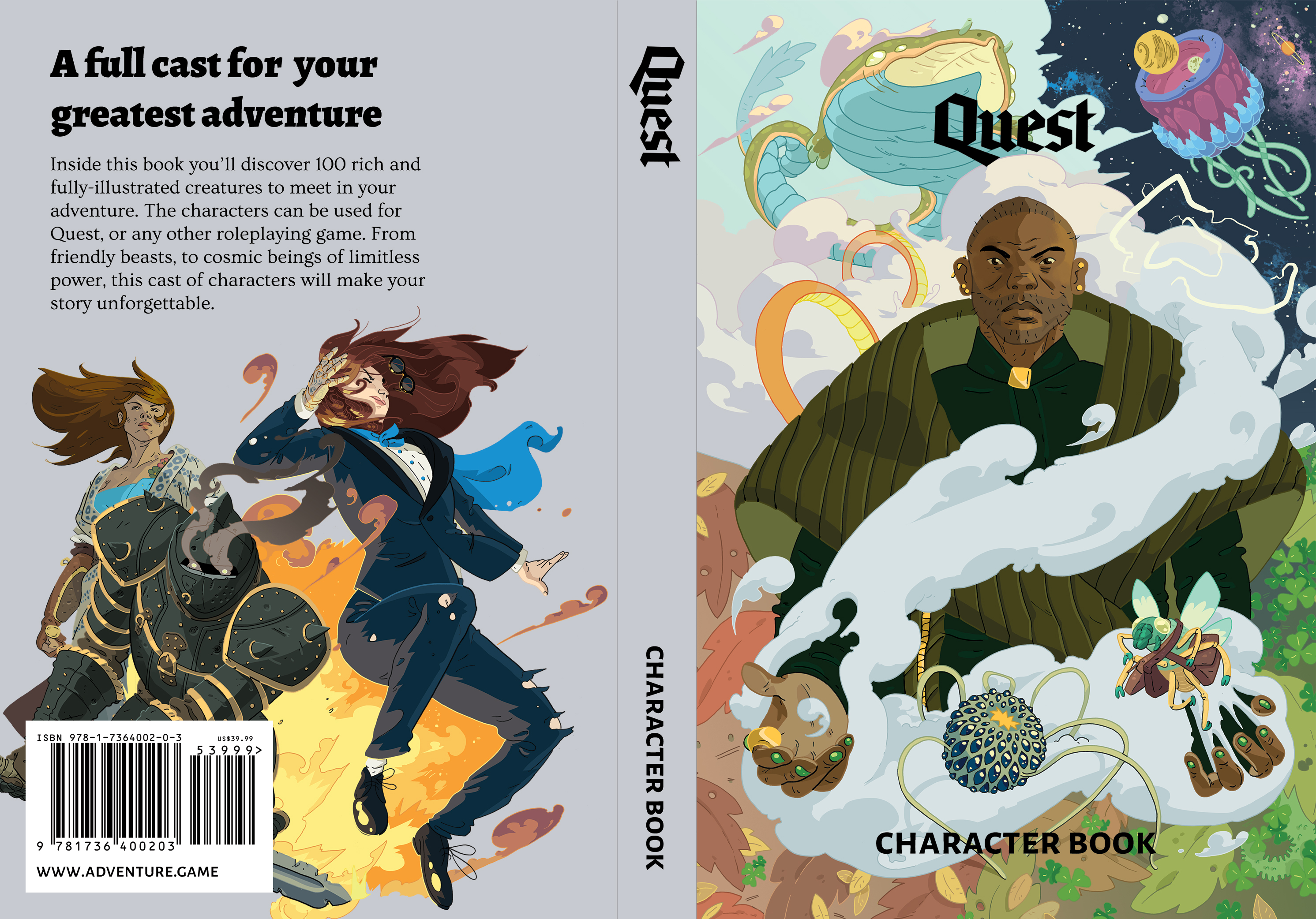 The Character Book will be a 6x9"hardcover, and like our Game Book, the Quest logomark and the "Character Book" title on the cover and spine will be printed in gold foil, providing a striking contrast against the art.

We're also excited to reveal a surprise cameo on the rear cover: Lena, the Legendary Spy.

Lena, played by Meghan Cross, is a real-play Quest character from the show Quest: The Soaring City. While Lena still has plenty left to resolve in her arc on the show, her official presence in Quest sees her later in her adventuring career in a parallel universe, where she's a renowned and legendary Spy. Here's how Meghan describes Lena:

Lena has a big, giving heart and hates people who abuse power. She is dedicated to helping those in need by taking from those who have more than enough - she never steals from those who cannot afford it. She is always game for a job if it includes either helping others or sticking it to the rich and powerful (or ideally both of those things.) She is fiercely loyal to those close to her and will stop at nothing to keep those she loves safe - often completely disregarding her own wellbeing to do so.

Lena is a wonderful addition to Quest, and we're thrilled for you to meet her, and 99 other characters, in the upcoming book. 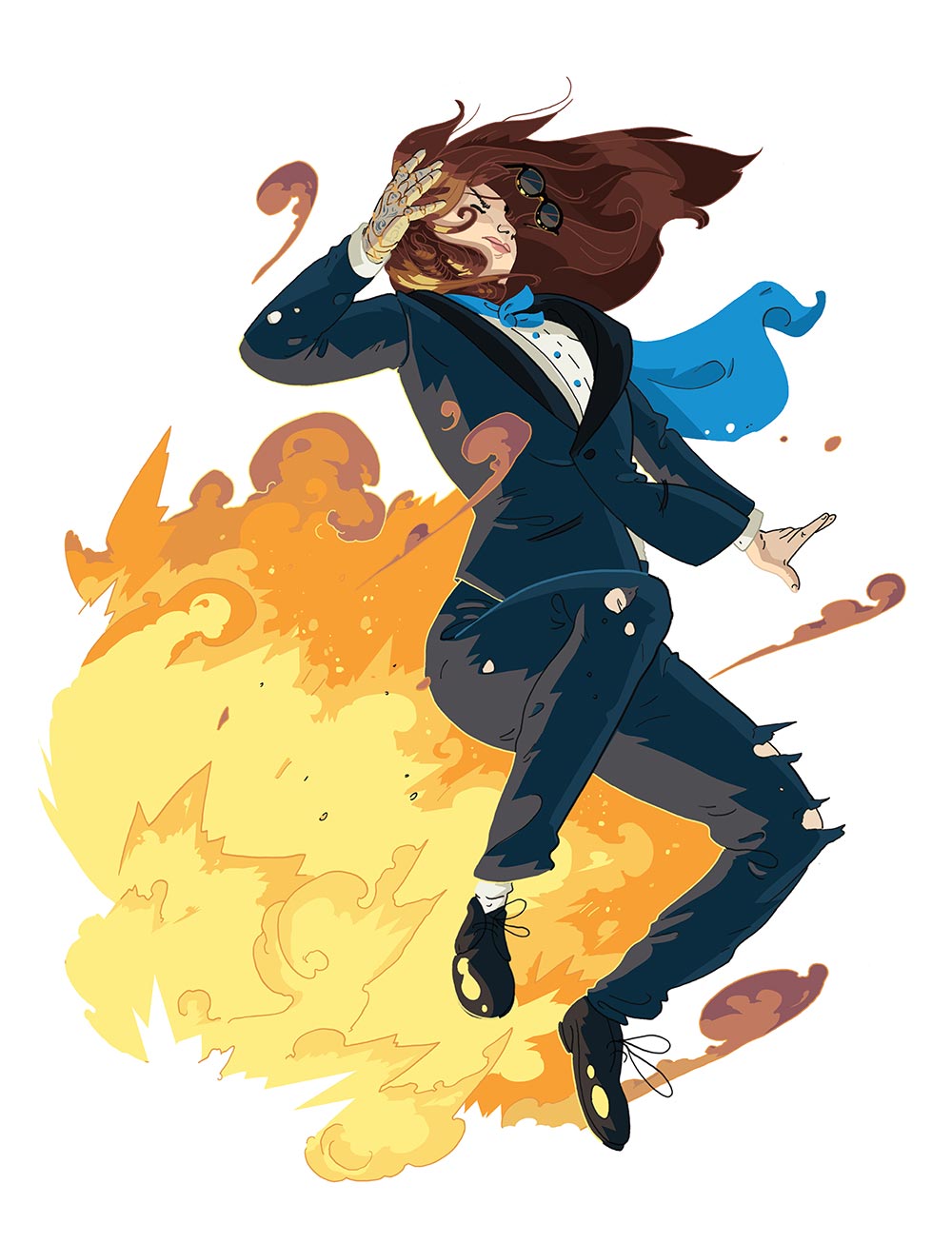