Announcing Queens: a deadly game of hide and seek 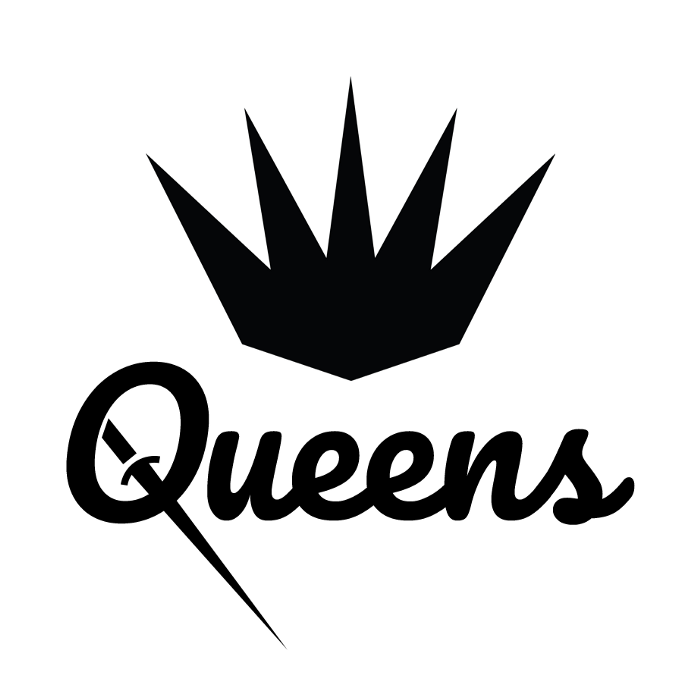 Queens is a competitive guessing game for 2–4 players where rival armies clash in a bitter battle of attrition. Each army fights until their numbers grow thin, exposing their Queen to danger. When a Queen is revealed, they are conquered, and the last Queen standing wins.

Queens combines guessing and strategy with a hint of trading card-style magic. The goal of the game is to reveal all enemy Queens while keeping yours hidden. This means trying to exhaust the armies of your rivals, while keeping plenty of your own allies in reserve.

Each player begins the game with an identical 50-card deck that contains a Queen and their army. At the beginning of the game, each player shuffles their deck and draws nine cards, then secretly places them face-down on the table in a 3-by-3 grid. 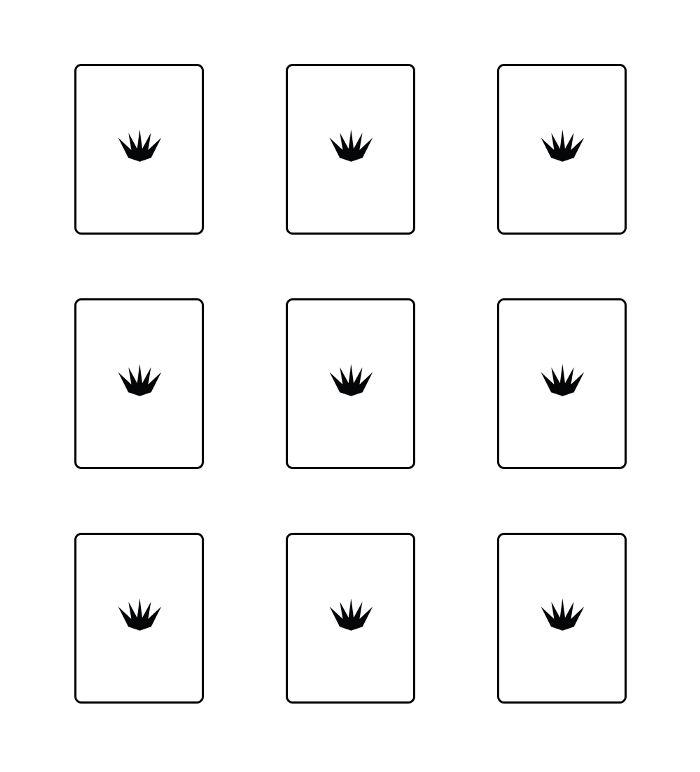 When each player has “fielded” their army (secretly created their grid), they draw additional cards, creating a hand that can be used to make special moves and replenish lost allies on the field.

During each round of play, each player simultaneously chooses a card to reveal on a rival’s field, provoking a battle between their armies. When all choices are revealed, the player with the most powerful card revealed on their field wins the round.

Some cards have special abilities that trigger when revealed, or when played directly from a player’s hand.

Each player maintains their army on the field for as long as possible by replacing lost cards on their field. When the cards run out, the field begins to crumble, and the Queen will soon be exposed.

Each player begins with a Queen card in their hand. When a player’s Queen is revealed, they lose the game. Therefore, each player’s main goal is to delay secretly placing their Queen in the field for as long as possible. During the game, players will attempt to exhaust their opponents’ decks as quickly as possible, forcing them to field their Queen and risk losing the game.

The rules of the game are slightly different with more than 2 players, and you can expect even deeper strategy and chaos with larger groups.

Here are some things you’ll need to consider in each game of Queens:

Each deck has an identical retinue of specialists who can disrupt normal play and turn the tide of the battle. Some special cards trigger when they are revealed on the field, while others can be played directly from a player’s hand. (Some special cards have abilities that can trigger both ways.)

Because Queens is a favorite card game of characters in the Quest universe, many of these cards are fantasy-themed. (For example, each deck includes a special card representing each of Quest’s eight roles, like the Fighter, Spy, and Wizard.)

Here are some examples of special cards and what they can do: 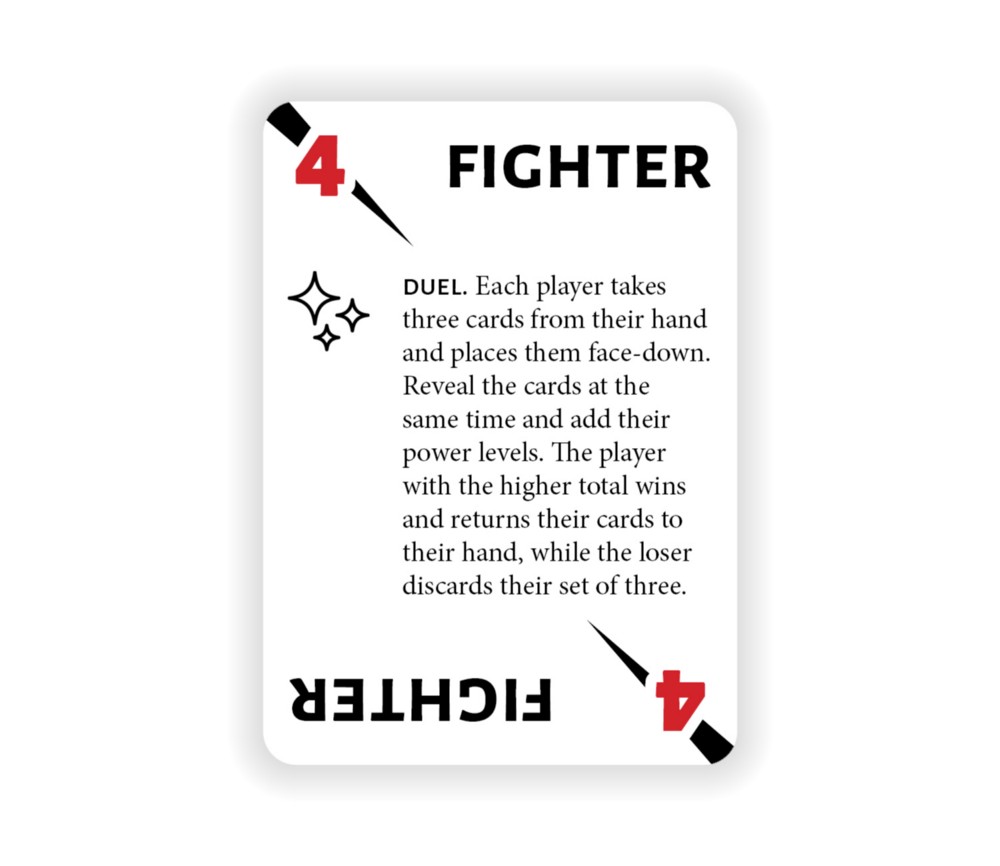 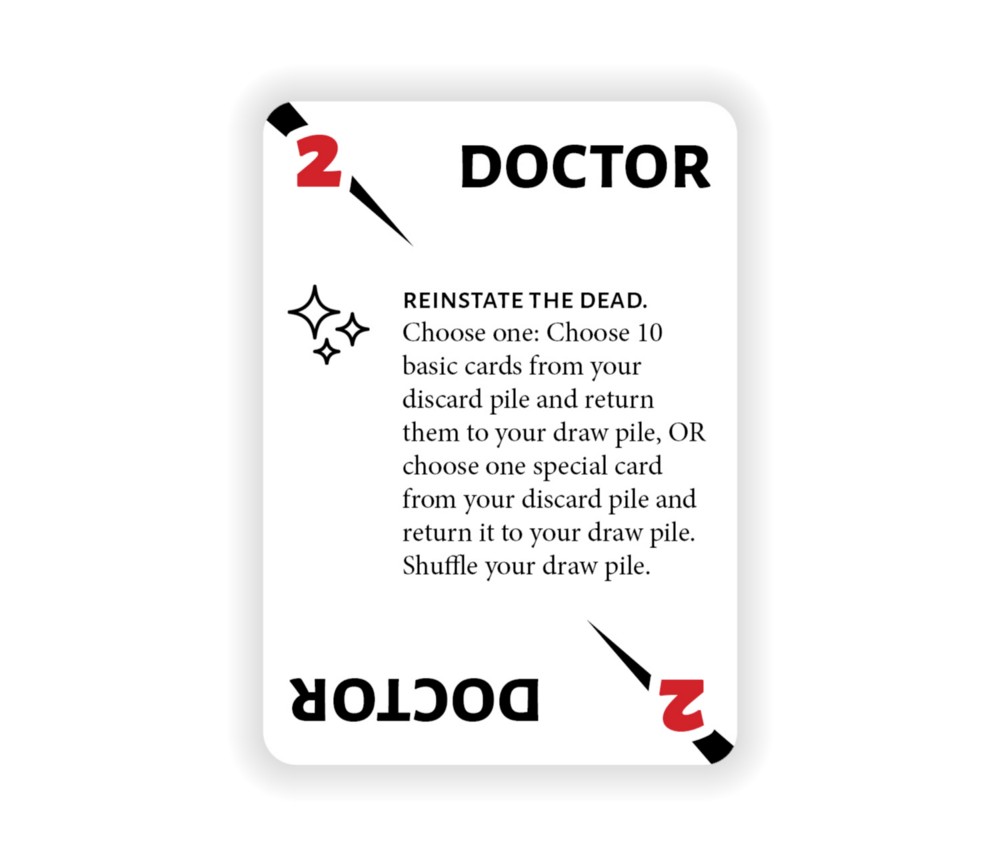 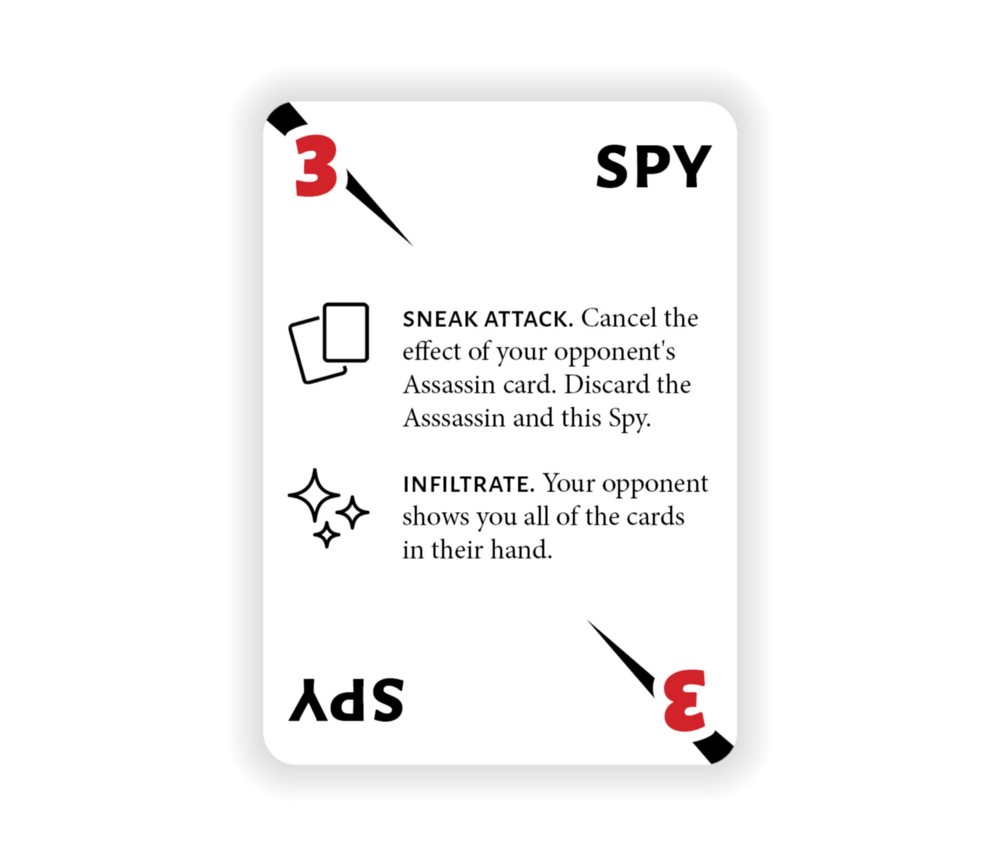 We’ll be working with our usual vendor to manufacture Queens, and you can expect the deck to be made with the same quality and care that we put into Quest’s Core Deck. That means sturdy cards with beautiful gold foil accents and clean, legible design.

We’re hoping to wrap up playtesting in early 2021 and then move quickly to manufacturing. We’ll run a short Kickstarter campaign next year to judge demand and help have the decks printed. (We’ll use the same new method for our Kickstarter campaigns as outlined here; the game will be fully designed and tested by the time the campaign concludes.)