Magic in a box

The Quest Core Deck is a powerful companion to the Quest Game Book. It contains 250 beautiful tarot-sized cards, including one for each of the game’s more than 200 special abilities.

Each card features a matte black back with a striking gold foil logo that indicates which role the card is used for. The deck of cards comes in a display-quality case with a magnetic clasp.

If each player chooses a different role, each play group only needs one Core Deck.

The current printing of the Quest Core Deck (June, 2020) uses version 1.2 of the game. The current version, 1.5, contains a small number of changes to abilities. (Only 14 of 250 cards are affected.) You can read more about the changes here. As a result of the errata, we are permanently discounting this version of the Core Deck by 50%. 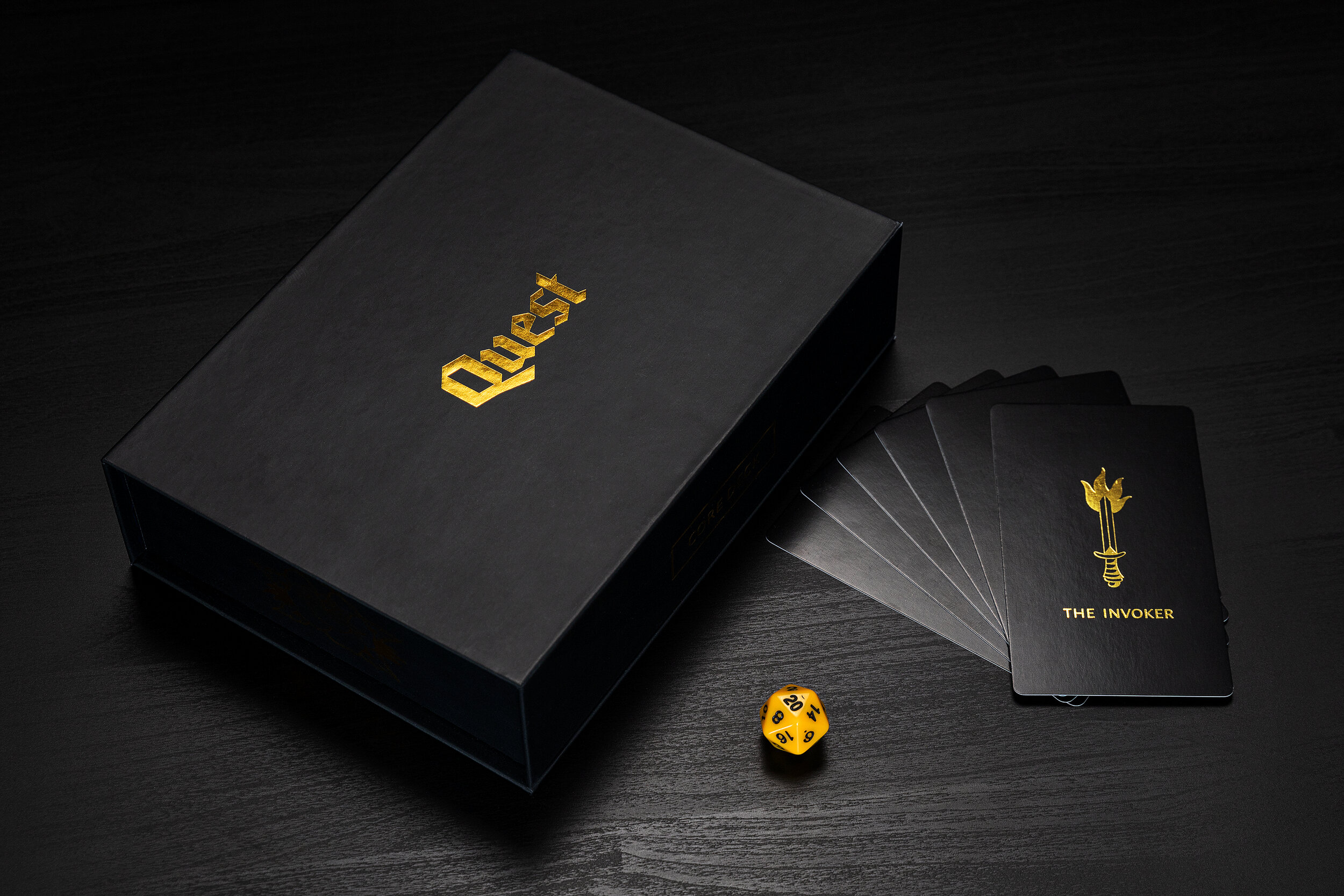 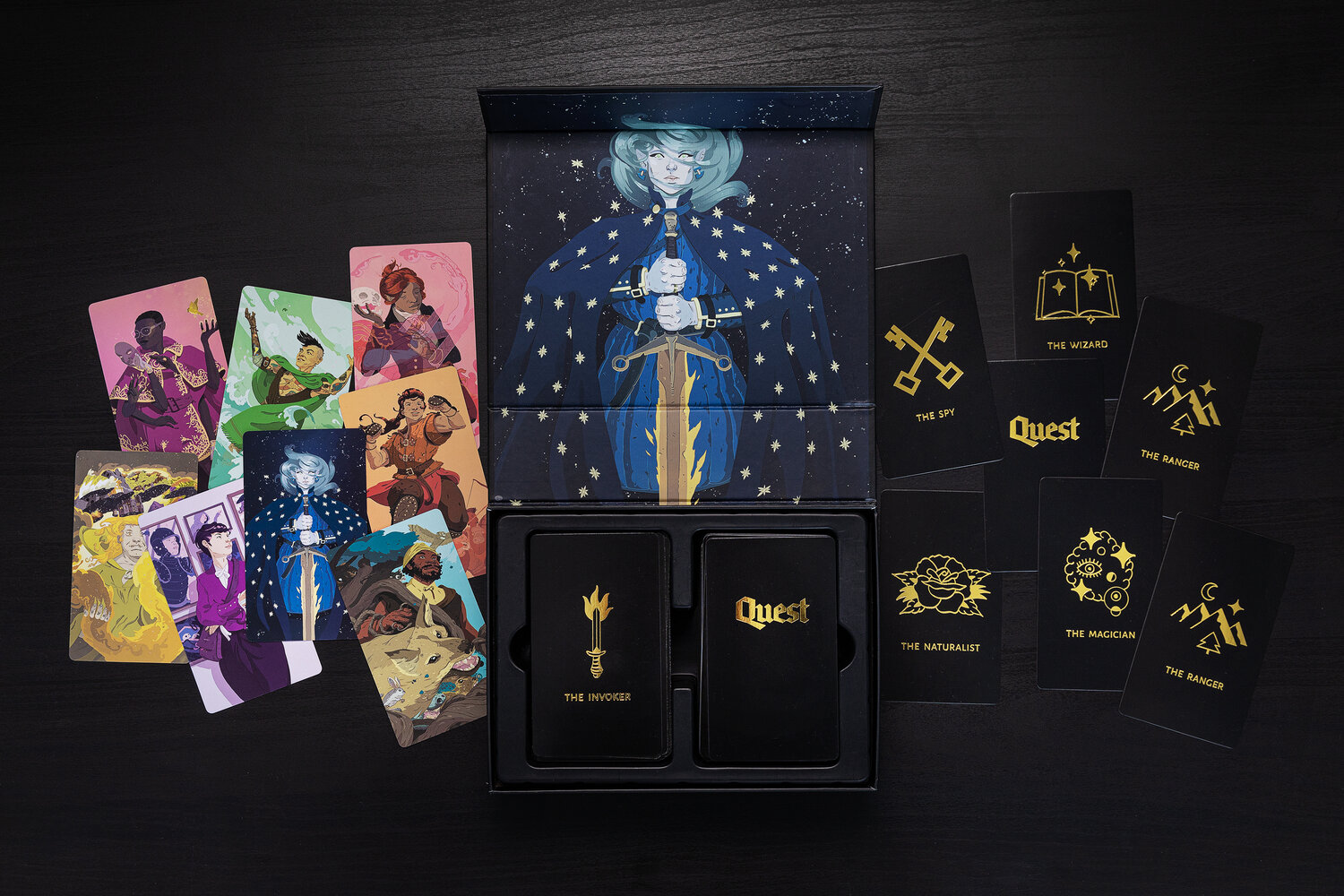 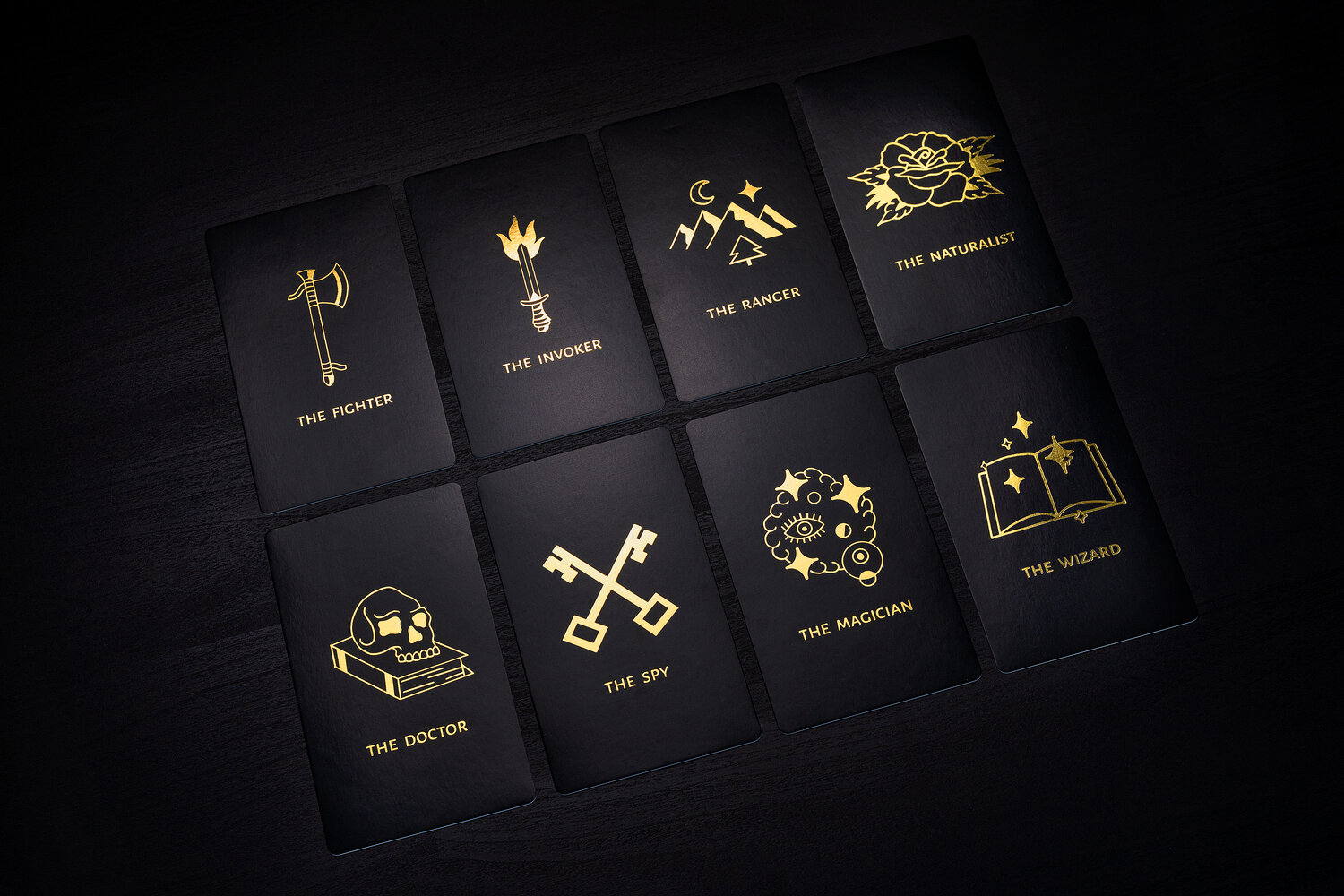 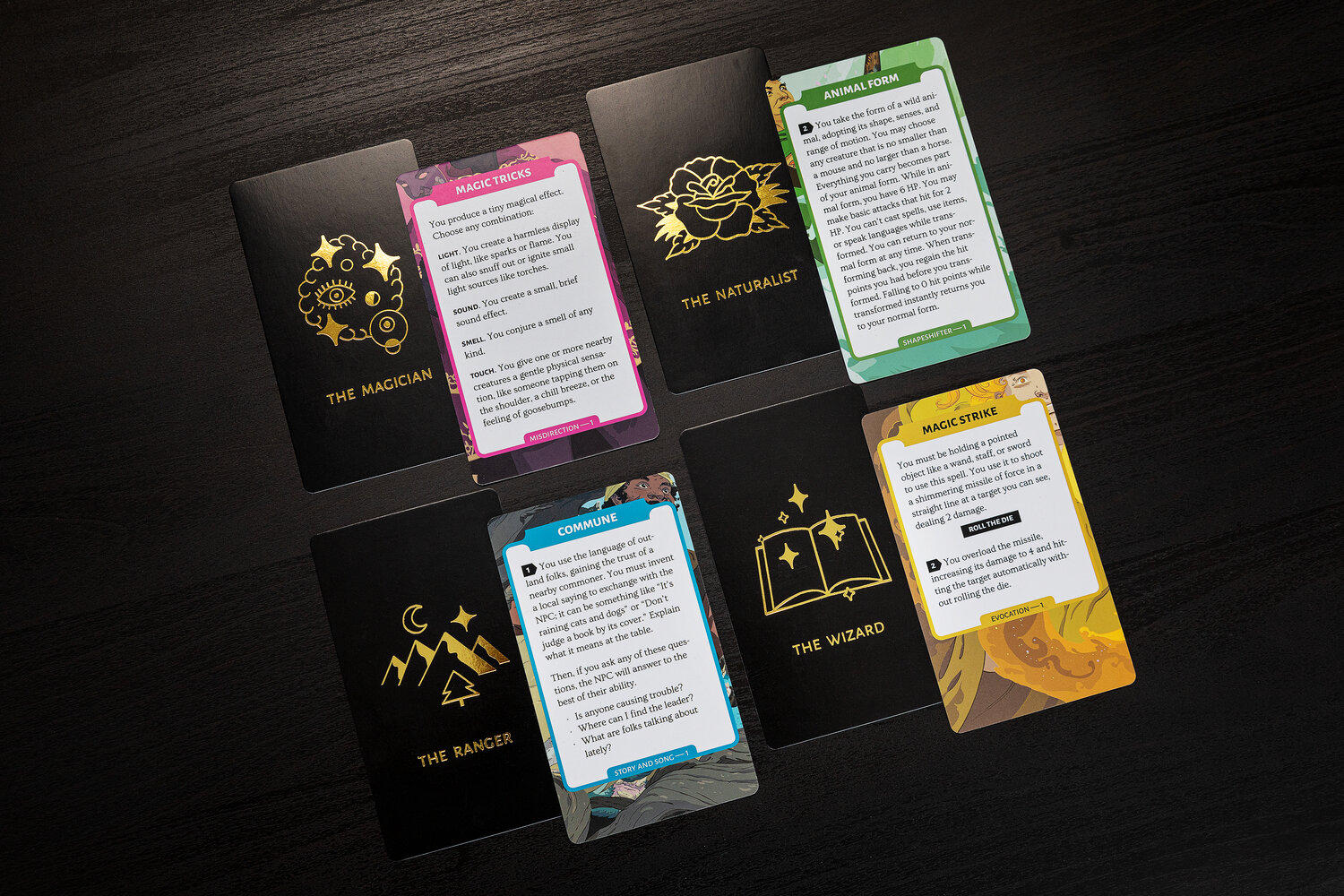 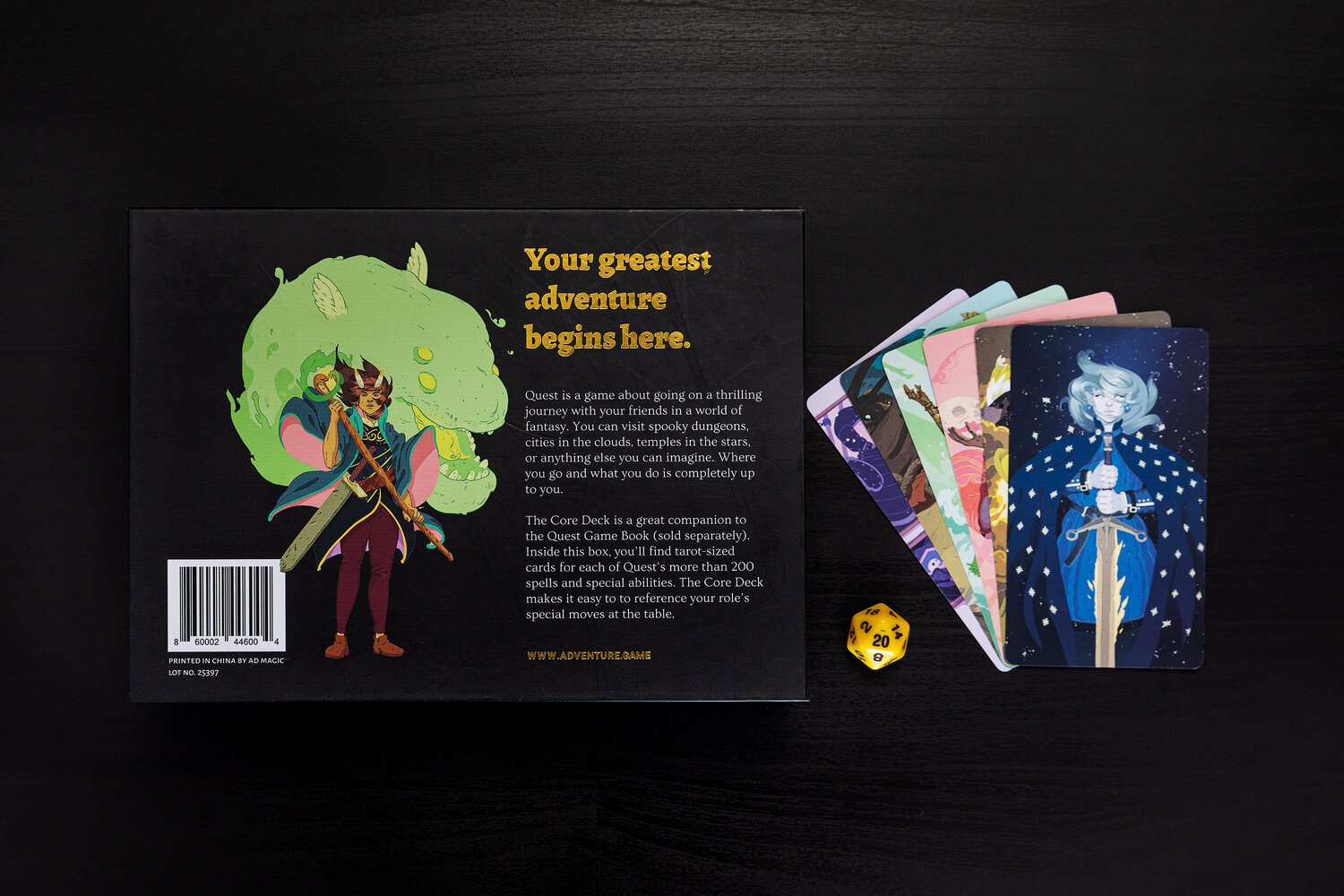 The Core Deck makes it easy to build your character’s special set of abilities. With cards that explain how each ability works, you’ll be able to reference your spells and other special abilities easily at the table. Every special ability in the game has its own unique card.

In addition to ability cards, the Core Deck contains a set of reference cards that make it easy to check the game’s core rules. It also provides safety cards that players can use if they need to signal that that game should be paused.

Complete your collection with more of Quest's amazing treasures.

Your friendly guide to adventure